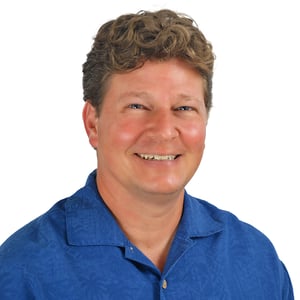 Lights, lumens and leadership: This is Dirk Fieberg’s career in a nutshell.

Dirk’s career in engineering began in the defense industry, where he worked on command and control systems. Transferring that electrical expertise to the lighting industry, he has spent more than two decades focused on lighting in a wide array of applications, from architectural illumination to industrial and commercial lighting to now underwater applications.

Although an engineer by trade, Dirk has a mind for business. Throughout his career, he has taken on increasing levels of business management, effectively managing people, projects, finances and new business development. Not only has his leadership helped his direct reports thrive in their roles and careers, but his volunteer mentorship of a children’s center helped guide the school through business challenges to success.

In 2016, Dirk’s engineering and business proficiency led him to co-found Arctic Rays, specializing not only in deep-sea lighting but also imaging devices, surveillance and asset tracking systems and more.

Dirk earned his master’s degree in engineering management and his bachelor’s degree in computer engineering, both from Florida Tech in Melbourne, Florida. He holds six patents and is trilingual, fluent in English, German and Spanish.

He lives in Indialantic, Florida with his wife, two children and dog. When he is not at work, he can usually be found at a theme park or working on projects in his home.

MEET THE REST OF THE TEAM